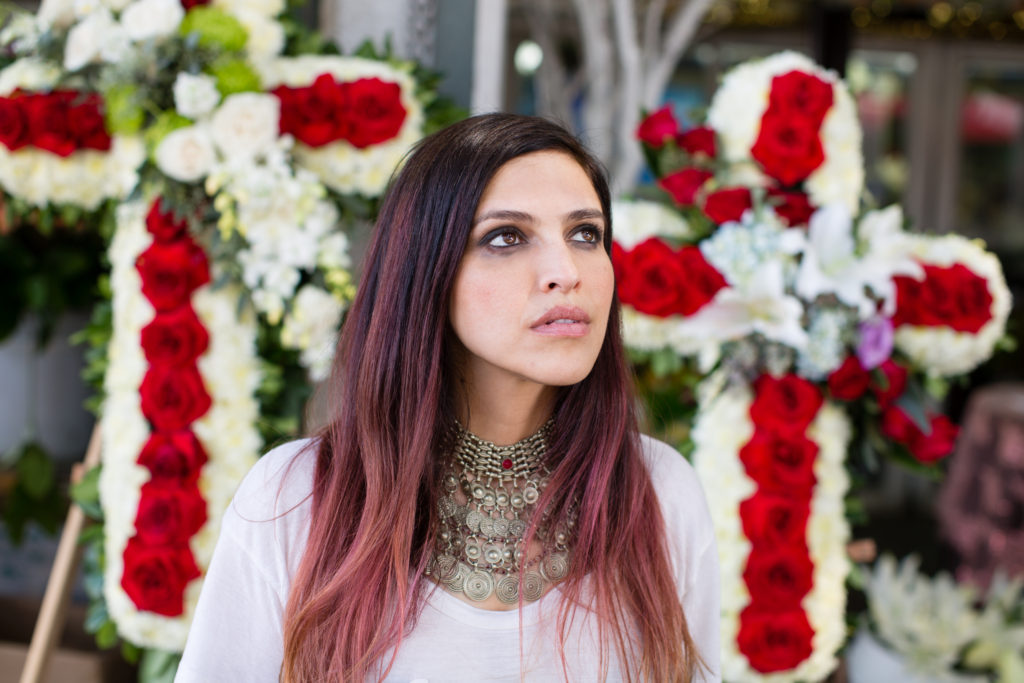 Ariana Delawari is an Afghan American filmmaker, musician, and activist with a B.A. in film production from USC School of Cinematic Arts. Ariana’s film We Came Home was just released digitally by TIME and is available on iTunes. The film is a ten year documentation of post 9/11 Afghanistan, her family story, and the story of the making of her first album Lion of Panjshir.  Lion of Panjshir was recorded in both Kabul and Los Angeles. Delawari collaborated with a few American band mates and three Afghan elder master musicians. The album was partially produced and mixed by filmmaker David Lynch. Lynch released the critically acclaimed album on his record label and Delawari later re-released it on her own imprint, She King Records.

Entelechy, meaning fulfilling one’s potential in Greek, is Delawari’s second full length album. It is a double album. Entelechy I was produced, co-written, and engineered by Butchy Fuego (a.k.a. Electronic artist San Gabriel) and Entelechy II is the same collection of tracks presented as acoustic and un-produced featuring Salar Nader – a fellow Afghan-American and a famed virtuoso of the tabla. Ariana also wrote and directed a short film of the same name, Entelechy, which is a continuation from the double album. The short film is an experimental docu-musical about global warming. It had its world premiere at Cleveland International Film Festival, has screened at Boston International Film Festival, Deep Focus : Women In Film Festival, Brooklyn Short Film Festival, and had its online premiere on FLAUNT. The film is a about global warming and changing our inner and outer dreams. Entelechy film was most recently selected as an opening night film at Marfa Film Festival.

Ariana has won awards for her photography of Afghanistan in both the International Photography Awards and the Korean Times New York. Some of her writing and lyrics were recently published in “One Story Thirty Stories: An Anthology of Contemporary Afghan American Literature”, which won the silver medal in the Independent Publishing Awards for Best Anthology of 2012.

Delawari was a speaker at the inaugural TEDx Kabul in October 2012. As one of the first women of Afghan descent to perform live in Afghanistan in over 30 years, Ariana became a peace activist in Afghanistan, and initiated “Inspire Peace”: an art / activism campaign with the intention of inspiring Afghan youth. Ariana co-created a free app with Code to Inspire, Afghanistan’s first coding school for girls. The app is called Afghanistan Connect and features 12 grassroots NGOs in Afghanistan that are all doing amazing work to rebuild the country. The female students at Code to Inspire did the designing and coding for the app.